With the advent of GPS and other advancing navigational technologies, the Nottawasaga Lighthouse and others across Canada were deemed to be redundant. The light was decommissioned by the Canadian Coast Guard in 2003 destined to perhaps never shine again.

Given its prominent location and the fact that it is the highest structure for a 2 to 3 mile radius, the tower was struck by lightning 2004. Due to improper or non-functional grounding, this lightning strike dealt a deadly blow to the tower, causing a large section of the exterior stonework to collapse. While this did not compromise the structural integrity of the tower, it left the internal structure exposed to the elements allowing rain and moisture to penetrate the interior. Recognizing the need to preserve the exterior of the lighthouse from enduring any further loss of stone, in 2006 the Canadian Coast Guard installed metal bands around the outside, a procedure seen as a 5 or 6 year band-aid solution until the future of the tower was determined.

Seven years after the decommissioning of the lighthouse in 2003 and with the Collingwood Shipyards and Terminals long since closed, commercial shipping traffic no longer came to the once thriving Port of Collingwood. Having now outlived its useful life, in 2010 the Coast Guard ceased any further maintenance of the Nottawasaga Lighthouse leaving future existence as a local landmark, very much in doubt. 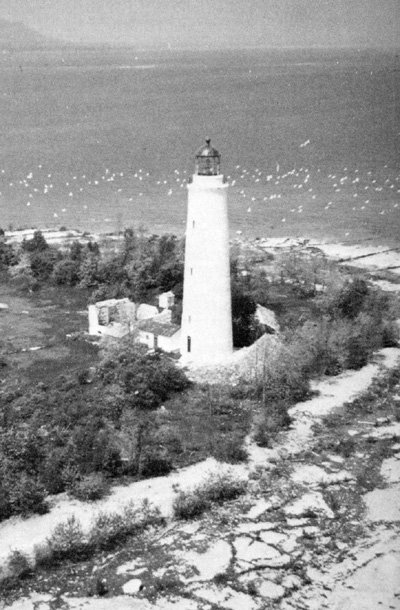